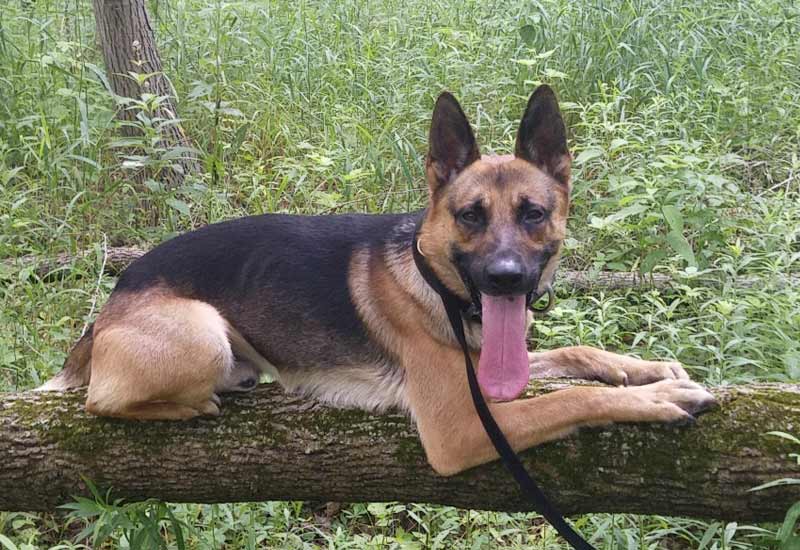 Dax is a 3 year old German Shepard who is a Police K-9. Dax is certified in Narcotics Detection, Criminal Apprehension, and Tracking.

Dax does help to keep our community safe every day but there is one day in particular that we know he made a difference in a person life. On August 22nd, 2017 Dax and human partner were contacted and asked to assist with the tracking of a male who is suicidal. They were informed that a male had taken numerous pills and consumed a large amount of alcohol before leaving his home. When they arrived to the home of the male, they gathered a scent of the male by using his pillowcase where he was lying before leaving. The scent was presented to Dax and he was given the command to track the male. Dax began to track and shortly later we located the male lying on the ground. The male was taken to the hospital where he made a full recovery.

We are so grateful that Dax using his skills was able to quickly and accurately find this person and save his life.

Zoetis Petcare now has the K9 Courage program to help retired working dogs get the medical care they need. This program is to help retired police and military K-9 with medical expenses.

Thank You NaturVet for your support.

We would like to thank Naturvet for their continued support of Kits for K9's. Every year naturvet donates Pet electrolyte solution for us to include in our first aid kits. We are so lucky to have an organization like this support out K9's.

Donation for Narcan - From Lucee and Miana

Kits for K9s mission is to train Police Officers with basic trauma care for their canine partners and give them the supplies they need to stabilize a dog to transport them to veterinary clinic.

Our goal is to give out 100 first aid kits per year. The average cost of the first aid kit is $125. We accept monetary donations or products.

Kits for K9's is a 501c3 nonprofit, all donations are used for supplies in our first aid kits.